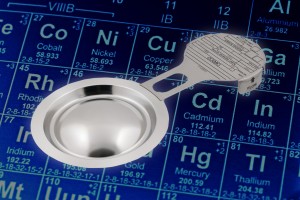 Oseco’s rupture discs have again been put to the test on MythBusters, this time as part of a special dedicated to the award-winning Breaking Bad TV show. The pressure-relief manufacturer made its sixth appearance on the hit show as the MythBusters crew tested the explosive capabilities of a chemical composition.

Oseco’s rupture discs have been featured on the Discovery Channel show since 2008 in a variety of ways that showcase the discs’ pressure safety capabilities. MythBusters puts popular myths to the test to see if they are “Confirmed,” “Plausible” or “Busted.”

The Breaking Bad-themed episode tested a scene from the show’s first season, in which chemist and burgeoning criminal Walter White slams 50 grams of a dangerous chemical to the ground while inside a deranged gangster’s hideout. The resulting blast blows out the windows and disorients but does not hurt the gangster and his henchmen.

“For this experiment we’re testing two things – both lethality and injury,” MythBusters co-host Kari Byron says on the episode. “For that, we have Oseco burst discs.” The discs were calibrated to burst at 13psi and 75psi throughout the room to see if Walter White and the other characters in the Breaking Bad episode would be hurt or die from the explosion.

MythBusters tested the scene’s science by placing Oseco burst discs around the test room to gauge if the characters would have survived such a blast. The chemical concoction did not explode when 50 grams were slammed to the ground and the myth was “Busted.” However, when blasting caps were added to the chemical mix a small explosion occurred and Oseco’s discs did their job, bursting to indicate what would have been injuries to actual people.

Previously on MythBusters, the cast used Oseco rupture discs to determine the protection everyday objects offer the human body against an explosion. MythBusters also has turned to Oseco when the show needed help measuring the protection water provides from explosions and whether a person could be exposed to a blast that would “knock your socks off” without experiencing a deadly amount of force.

Oseco rupture discs are used in many types of real-world, high-pressure industrial applications to protect people and equipment from dangerous overpressure events.